The year is rapidly coming to a close, which means it’s time to have some fun... with hats! That’s right - it’s time for Winter Bash 2016!

Winter Bash - a yearly event where users can win (digital) hats for achieving specific goals. It's somewhat like the regular badges you can earn at every SE site but with a more creative twist which ranges up to a ranking where all participating SE sites compete with each other to see which one is able to grab the most hats.

To get an idea of what this might look like, take a look at the previous winterbash events. As an example, here's looking back at 2015... 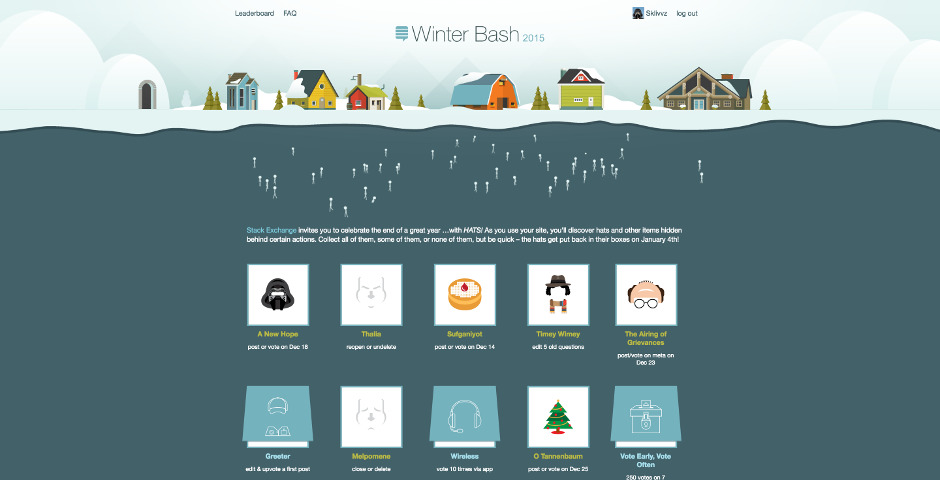 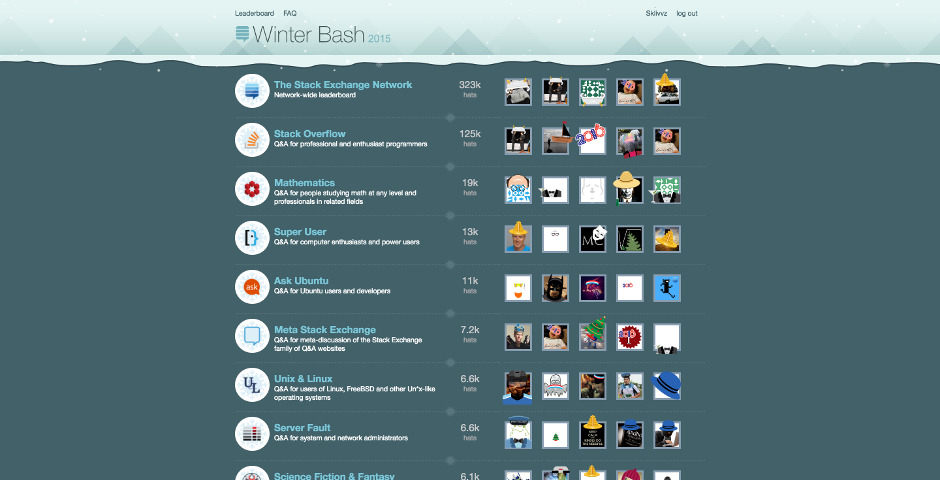 This year, the event will run from 19 December 2016 up to and including 08 January 2017. Users will be able to see all the hats they’ve earned on http://winterbash2016.stackexchange.com. That site will also have a landing page, explaining the rules and other details of the event.

Individual users who don’t want to participate, don’t want to see hats, and/or are generally anti-hat will have an “I hate hats” option available. And just like last time, at the end of the event, all hats will go back into storage.

The only visual change to the Stack Exchange sites themselves will be the presence of the hats and the “I hate hats” button in the footer.

Now, don't ask me why, but stackexchange thinks that some communities may not want this kind of event on their sites at all and is asking us if we want to completely opt-out or not. Since this is a community thing, the Crypto.SE users should decide for themselves... do we want our site to be part of the Winter Bash 2016?

For your convenience, I added two apperopriate answers so all you need to do is upvote what you prefer.

Remember, this is not asking if you personally want to participate or not; this question asks if we should opt-out as a whole - the complete Crypto.SE community (aka "all users").

If we - as a community - want to completely opt-out, we have to contact the SE team no later than 13 December 2016. To be sure that deadline is kept, I will accept the most-upvoted answer around and about 23:59 UTC on Sunday, 11 December 2016 and forward the community-voted decision.

Thanks for your attention and your vote(s)!

I think Crypto.SE - as a community - should participate in the winter bash 2016.

Individual users who don’t want to participate, don’t want to see hats, and/or are generally anti-hat will have an “I hate hats” option available.

I think Crypto.SE - as a community - should completely opt-out of participating in the winter bash 2016.

Not a single user of our community should be bothered with something annoying like that. I mean, hats? No one needs hats.

Not the answer you're looking for? Browse other questions tagged discussion fun .