How to get eyes on a specific cryptanalysis puzzle?

Occasionally I encounter a specific cryptanalysis problem which I'd like to solve. (My most recent example can be found here, where I have cleartext/ciphertext/password/salt, and I'm trying to figure out the algorithm which was used.)

I understand that those kinds of questions/puzzles are off-topic for this site. ("Requests for analyzing ciphertext or reviewing full cryptographic designs are off-topic, as the results are rarely useful to anyone else and/or would be too long for this site.")

Now, I expect that there are people who actually like solving that kind of puzzle, who could help me.

My question: Where can I find such people? What forums or sites exist where such puzzles are on-topic, and have a chance of being answered?

As Meysam already noted in his/her comment, you have good chances of finding "puzzling" fans at the according StackExchange Q&A site: 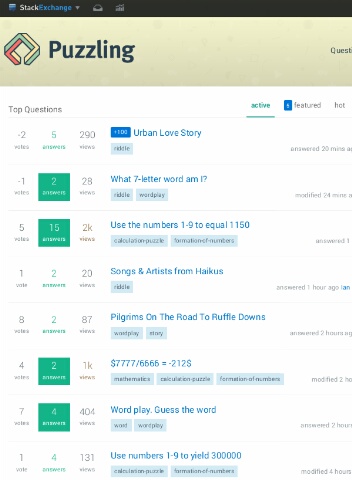 As e-sushi has noted, the proper place for puzzles on Stack Exchange is Puzzling.SE.

For questions about practical reverse engineering of encrypted or obfuscated data, however, a more appropriate choice would be Reverse Engineering Stack Exchange. They're still in beta, and their scope may not yet be quite as firmly established as here, but they do seem to be generally OK with well asked decryption questions.

Before asking such question (on any site), however, you really should read the meta post my previous link points to, and consider whether your question would be answerable at all.

In particular, note that any properly applied modern encryption method (using an actual secure cipher, as opposed to mere ad hoc obfuscation) will be effectively unbreakable without the key. In fact, properly encrypted data will generally be effectively indistinguishable from random bits, so, in the absence of metadata or documentation (or code!) identifying the encryption method used, you cannot even tell from the data itself how it has been encrypted.

Thus, in general, for a ciphertext encrypted using modern crypto to be decryptable at all, you must already know how it has been encrypted, or at least have a reasonable lead that others could follow up on (e.g. you've identified the encryption code in a disassembly, but can't tell exactly what it's doing). At that point, the problem then reduces to either:

(The latter would be on-topic here at crypto.SE; however, note that something like 90% to 99% of the time, the only possible answer we could give would be "no, there's no obvious weakness there".)

The exception to that is if the encryption / obfuscation method used is homebrew, and exceedingly weak. Typically, such poor obfuscation schemes are easily identifiable by the fact that the obfuscated data does not look completely random, but has some obvious repetitive patterns.

Questions about analyzing such data (not "decrypt this for me!" but "how could I decrypt this kind of obfuscated data?") may IMO be on topic both here on crypto.SE as well as at reverseengineering.SE. As a general rule of thumb, I'd suggest that if your question involves analyzing any program code, it's likely to be a better fit for Reverse Engineering, whereas if it's purely about applying abstract cryptanalysis techniques, it would probably fit better here.

13
Do we want "challenge"/analyse-this questions and if so what constraints, if any, should we put on them?
11
Should we allow questions about amateur ciphers?
3
Crypto puzzles on Crypto.SE

11
Should we allow questions about amateur ciphers?
4
Are legal issues surrounding cryptography on topic here?
7
Is asking about the crypto community advertisement on topic?
3
Should the linked question really be treated as a "request to analyze..."
4
Is it OK to make large changes in an off-topic question one did not ask, in an attempt to salvage it?
4
Adding to question guidelines?
2
Should we modify/adapt “Requests for analyzing…”?
8
Some Ideas to reduce Analyze, help, how to decrypt the ciphertext questions
2
Let's Formulate our Audience-Specific Ciphertext / Scheme Analysis Close Reason!